Angela Santomero: Creator of Blues Clues and Other Kids’ Shows 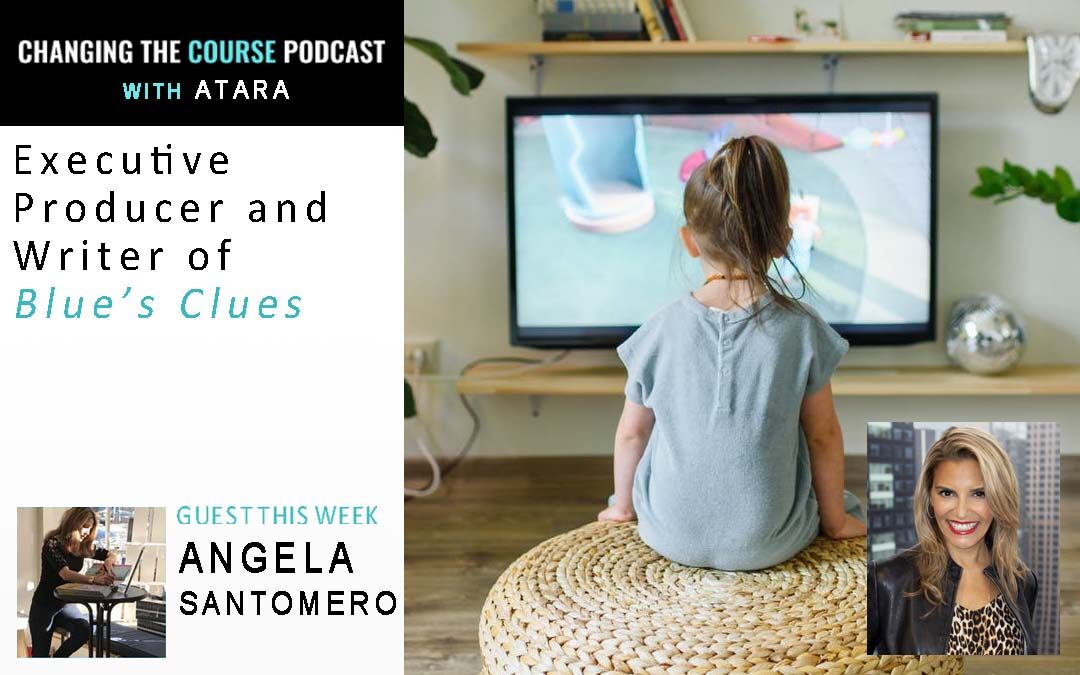 Angela Santomero: Creator of Blues Clues and Other Kids’ Shows

Angela Santomero, creator of kids shows is our awesome guest on this’s episode.  If you and your kids love Blues Clues and Daniel Tiger’s Neighborhood- listen to this episode and meet the creator and executive producer! Angela Santomero, creator of kids shows is so multi-talented it’s hard to attribute just one or two adjectives to her. But when I think of making a difference and contributing to a positive impact on children, I think of Angela.

Angela began her career in the early 1990s at Nickelodeon. Her Talents were quickly and easily identified and she became executive producer and writer of the very popular kids show Blues Clues. When Fred Rogers died in 2003, “Kevin Morrison (CEO-Fred Rogers Co.) reached out to Angela and asked what show she would do to honor Fred’s legacy”. Her idea was an animated version of Fred Rogers’ Neighborhood of Make-Believe. This was the birth of the very popular Daniel Tiger’s Neighborhood. Angela recently added “bestselling author” to the list of credentials as the author of her new book, Radical Kindness. Hopefully, we can all make a difference in other people’s lives. Angela and the children’s shows she creates, make an impact that will last a long time!

Angela Santomero – Creator of Kids Shows, such as Blues Clues

[04:09] The process of creating a character and getting it into television

[10:55] How she came up with the concept on her book ” Radical Kindness – The Life-Changing Power of Giving and Receiving”

[14:46] How to get your show noticed in an age of so much competition

[19:20] A story where she felt that everything that they do is all worth it

[28:00] The biggest struggle with work-life balance