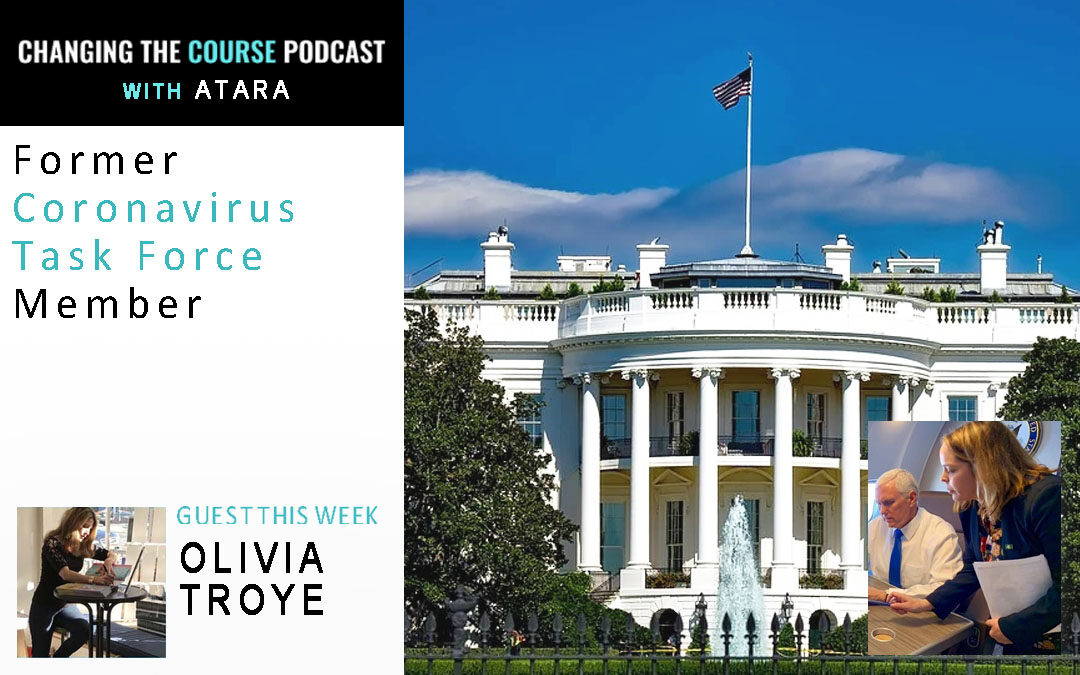 Olivia Troye is brave, honest, and real. This former Member of the Corona Task Force and aide to Vice President Mike Pence details what it really wanted to work at the White House, during these challenging times.  As Mike Short, Chief of Staff to Mike Pence is diagnosed with Covid, Olivia recalls how mask wearing was frowned upon and how the culture of fear in the White House permeated.  What led Olivia, a lifelong Republican and person who really cared about her job and the American people to finally say “no more”.  Taking a stand and swimming against the tide is never easy, listen to this Episode and you will have a window behind the scenes at the White House.

04:05 – Getting appointed to the Coronavirus Task Force

11:50 – Signs that the Oval Office is downplaying the threat of Coronavirus

18:30 – The domestic challenge of handling the coronavirus

20:22 – Troubling anecdote about the president saying that covid is a “good thing”

24:07 – Reconciling politics, the desire to do the right thing, and with who she is

32:28 – The moment Olivia Troye resigned from the Task Force