Change Makers in the World 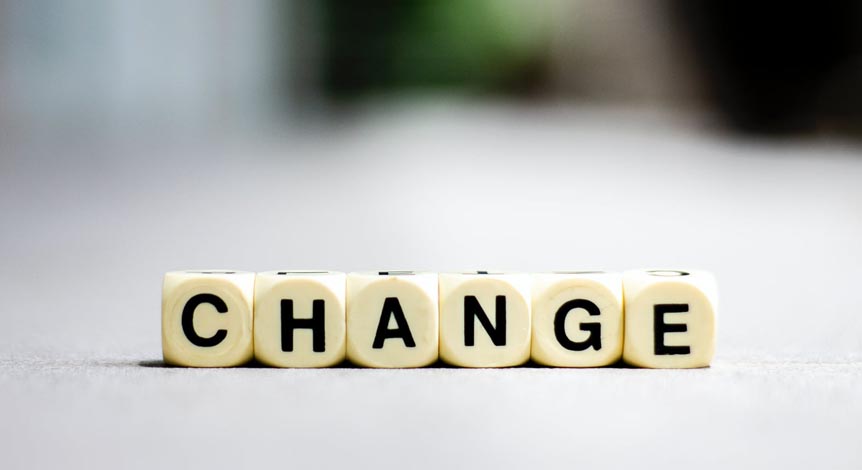 Change Makers in the World

Change makers take a stand. They often ride against the tide, and do the right thing even if it may be easier to do nothing or to do it wrong.  They’re courageous. But that is not their only defining trait because courage comes in many forms. Some are naturally bolder and more courageous than others. For these people standing up to indignity may be easier, may even come naturally.  They are commendable, they are often heroic. For the rest of us who feel scared, timid and who shy away from confrontation- courage can be harder to attain.  Standing on the sidelines is just so much easier, making waves is just so out of our comfort zone.  So when you are this person and you take a stand, you will be surprised how good it feels and how rewarding it can be.

Change makers are not born, they are made by moments in time, snippets in your day. They can impact many people or just a few. Decide to be a changemaker and you will be one!  2020 has been a year of change for sure. Below are some of my favorite change makers – nominate someone if you think they should be added to this list!

Savannah Guthrie is co-host of the TODAY show and a graduate of Georgetown Law School.  Recently Savannah upped her game when she led a Town Hall Meeting with  President Trump on October 15, 2020, in Miami Florida.   Savannah exuded calm and poise, even while being able to intelligently and seriously challenge many of President Trump’s false claims and conspiracy theory tweets. After Trump tweeted a conspiracy theory that American Special Forces didn’t actually kill bin Laden years ago, Savannah responded with a now popular quote, saying, “You’re the president. It’s not like you’re somebody’s crazy uncle who can just retweet anything.” Savannah was blunt and honest in a way many Americans wish more interviewers would be when speaking with Trump.

Due to her tenacious and no-nonsense interviewing strategy, Savannah has become the subject of ridicule from Trump supporters. Even Trump himself repeatedly referred to her as “out of line” after the interview. To many others though she is a strong, brave, and fierce game-changer. She did not back down in the face of adversity. And she definitely did not shy away from the President and his supporters’ bullying and intimidation tactics.  Change happens when we stand up and use our voices!

Chris Krebs is a U.S. attorney who served as the Director of the Cybersecurity and Infrastructure Security Agency in the Department of Homeland Security. That is until November of 2020. On November 17, 2020 Krebs was fired by Trump for rejecting the president’s baseless claims of voter fraud in the 2020 Presidential Election. On November 12th, 2020, a group of elections officials, including Krebs, released a statement regarding the claims. It stated, “There is no evidence that any voting system deleted or lost votes, changed votes, or was in any way compromised.” They also urged American citizens to have faith in the process and in CISA, the Cybersecurity and Infrastructure Security Agency. Krebs was aware he would most likely be fired for telling the truth. But knew there was no other option than speaking the facts.

Since the election, Chris has been continuously debunking the president’s conspiracy theories regarding the election. Change happens when we take a stand!

Stacey Abrams is an American attorney and voting rights activist who served in the Georgia House of Representatives for ten years from 2007 to 2017. She is credited with helping Georgia turn Democrat for the first time since 1992. Anyone who followed the election knows just how important Georgia was for a presidential victory. And Stacey is credited with transforming Georgia from a Republican stronghold to a battleground swing state. With this progressive change underway, Stacey is looking toward the future for Georgia as a new democratic state, but she isn’t slowing down just yet.

This January, Georgia will have two monumental Senate run-off races. Stacey founded an organization named Fair Fight Action, a Georgia-based organization that advocates for voter rights. As the fight continues in Georgia, she and the organization are working hard. They are attempting to prevent voter suppression and voter fraud during the two upcoming senate elections.  change happens when we mobilize and organize for what we believe in.

Olivia Troye is a former Covid Task Force member and ex-aide to Vice President Mike Pence. Ms. Troye originally worked as the Homeland Security and Counter-Terrorism Advisor for Mike Pence where she would monitor national threats. In 2020, this also included the coronavirus. Olivia was assigned to become a Covid Task Force member in the White House and monitored the virus as it spread throughout the Country. However, as the Trump administration continued to deny the severity of the virus, Olivia was unable to stand by and partake in the administration. So she left and became a whistleblower.  I interviewed Olivia on my podcast, she shares a powerful story in a poignant way.

Olivia made headlines for coming forward and exposing the truth of what it was like to work in the Trump administration during the covid outbreak. She exposed the denial, conspiracy theories, and continuous downplaying taking place in Trump’s White House. Olivia has been a devoted lifelong Republican. However, she couldn’t morally stand by and watch the Trump Administration continue to lie to the American people.  You can be on either side of the political spectrum and understand that bullying and lying are unacceptable.  Change happens when we tell the truth!

Abby Phillip is an American journalist and a White House correspondent for CNN who recently covered the 2020 presidential election. Ms. Phillip is intelligent, informative, and gets straight to the facts in her reports. She originally made headlines in 2017 when she asked Trump if he wanted attorney general Matthew Whitaker to “rein in” special counsel Robert Mueller, and the president very unprofessionally responded that the question was “stupid” and that she “asks a lot of stupid questions.” In 2020, Abby was back in the headlines, this time as a co-moderator for the seventh Democratic presidential debate. During the debate, Abby showed a level of poise and professionalism that was absent from the president during his previous encounter with her. Abby covered the 2020 election on CNN live as it unfolded. Though the job was long and tiring, Abby remained informative, honest, always fair in her reporting.  Change happens when we stay the course!

Gretchen Whitmer has been serving as the 49th governor of Michigan since 2019. Prior to that she served in the Michigan House of Representatives and Michigan Senate. In recent months, Gov. Whitmer has become a favorite target of Trump and his supporters due to her criticism of his response to the coronavirus. Trump encouraged his supporters to chant “Lock her up” which he previously encouraged them to chant at Hillary Clinton during the 2016 presidential campaign. Governor Whitmer has not backed down. She recently called out Trump to “stop inspiring and incentivizing and inciting domestic terrorism” against her. This came just after a right-wing plot to abduct and possibly murder her was foiled by the FBI.

Trump referred to Governor. Whitmer as a “tyrant” who wants to be a “dictator in Michigan” in response to the governor’s shut down of the State and enacting a mask mandate to prevent the spread of the virus. These necessary actions were what caused Trump to refer to Governor Whitmer as a tyrant and galvanize his supporters to do the same. This in turn is alleged to have inspired the kidnapping plot of the governor by right-wing extremists. Even so, in the face of adversity and danger, Governor Whitmer has held strong to her beliefs. She continues to do what she can for the betterment of her community. Change happens when we do not cower in the face of danger and fear!

One of my favorite youngest Changemakers is Rosie Quinn.  I interviewed Rosie on my podcast as she detailed her winning battle with Alopecia.  Rosie, at 8 years old, not only learned to fight against her hair loss and the embarrassment it caused, she rose above it, until it actually became a badge of honor,  Rosie used her time off from in-person school to make masks and donate proceeds to charity.  Rosie teaches children everywhere that you really can turn adversity into opportunity.  Change happens when we fight against our challenges and rise above them to find meaning in adversity..