Rosa Parks School Age Book, My Life with Rosie, and How it Came to Be 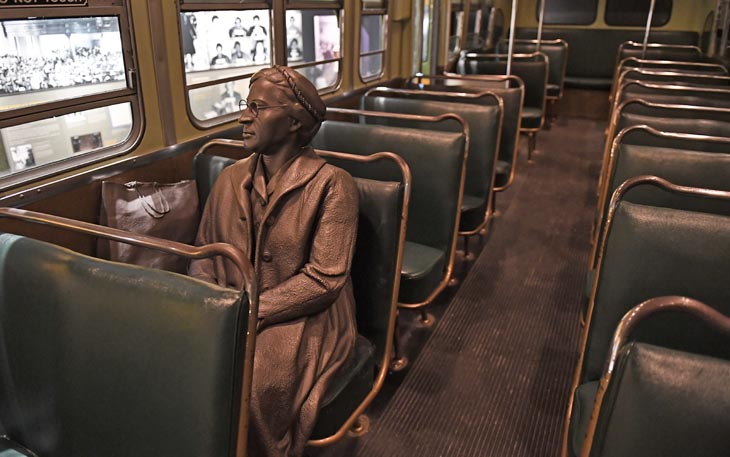 Rosa Parks School Age Book, My Life with Rosie, and How it Came to Be

The Rosa Parks School in Queens, NY was named for this important woman who changed history. This school focuses on teaching children STEAM, and is one of many schools named after such an inspirational role model. We couldn’t think of a better person to be their namesake, especially when she founded her own nonprofit for the benefit of young people, the Institute for Self Development.

A lot has happened in America over the last 7 months.  In June 2020, America was at the height of civil unrest.  As I watched and listened to the devastation surrounding me in Southern California, I thought, how would Cousin Rosie respond to this civil unrest?  You are probably wondering who is Cousin Rosie and why is her opinion so important?  Let me tell you a little about her.

On April 18, 1998, my most cherished childhood hero gave me her book A Quiet Strength and said, “Welcome to our family”.  In 1998, I met and became a cousin to Rosa Parks.  Now, as I watched many cities in Southern California have massive demonstrations almost 65 years after the Montgomery Bus Boycott, I realized more than ever the message hasn’t changed. The civil liberties of a group of people were violated and the country was facing upheaval because of people’s response to it. The only issue I saw in those demonstrations is that the message was being lost because of the few who had decided to take advantage of the situation and destroy the same cities people were protesting to improve conditions in.  I then asked myself, how can Cousin Rosie’s legacy and philosophy of human rights be used to raise future activists to protect human rights? 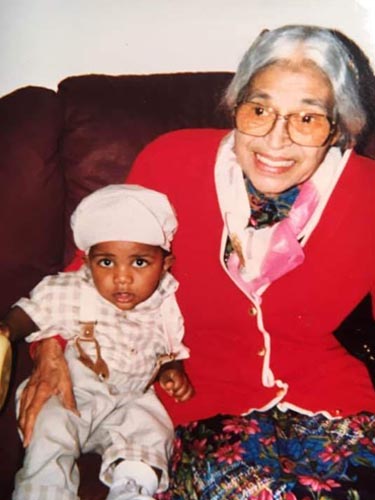 In October 2019, I started writing a children’s book about my family’s most important legacy, our Cousin Rosie.  Fast forward to June 2020, just 18 days before my book was to be released, I found myself teaching online because of the pandemic, but most importantly, my entire city had a curfew because of the civil unrest happening across the country.  On December 1, 1955, in an act of defiance against segregation, Cousin Rosie, refused to give up her bus seat and started a nationwide movement against segregation.  Change did not happen overnight for Cousin Rosie and everyone in fighting in the movement, but what made this movement successful was that everyone who participated understood the strategy and goals behind it.

Cousin Rosie always led a life of an activist, eagerly recruiting young people to fight against injustice.  She did this before December 1, 1955 and after she moved to Detroit, Michigan. She formed a unique bond with my Aunt Carolyn Williamson Green while instilling her passion for activism so my Aunt would someday continue Cousin Rosie’s legacy. Our history books limits Cousin Rosie’s activism to one act on one day, but her legacy was more than her time in Montgomery, Alabama. She spent over 40 years in the City of Detroit not only fighting for human rights but spending time with her young cousins teaching them how to advocate for human rights.  Even in Cousin Rosie’s 60s, 70s, 80s, and 90s she would motivate young people to protect our human rights because she knew activism never sleeps. 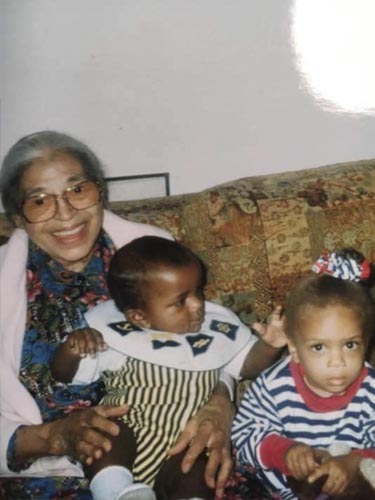 Young people had an important role in the Civil Rights Movement and my family always tells the next generation that age never matters when protecting human rights.  Many parents, including myself, struggle with how to tell our children how to demonstrate for social change.  This was the main reason I produced a documentary about my Cousin Rosie and Aunt Carolyn in 2015, so that my son has a record of his legacy and knows he comes from a long list of activists.  On June 18, 2020, I wanted to widen the circle of activists and include children from every race, ethnicity, and religion to protect human rights by publishing a children’s book that challenges children to embrace the differences in others and stand up against people who don’t embrace those differences.  Across the country, parents are bringing their children to demonstrate, but children need a way to process what’s happening around them.  Cousin Rosie knew young people were important in fighting injustice and she made sure to invest time with them.  She started with her family by forming special relationships with her nieces, nephews, and cousins.  In 1998, she made sure to leave a legacy when she opened her nonprofit specifically for young people.

Rosa Parks’ philosophy of activism is needed now more than ever. I consider myself very blessed to be able to share her legacy with young people, just like Cousin Rosie did her entire life. I learned from the summer of 2020 young people are our future to help end racism, discrimination, and social injustice. I am so thankful Cousin Rosie left her family this wisdom so I can share it with others. 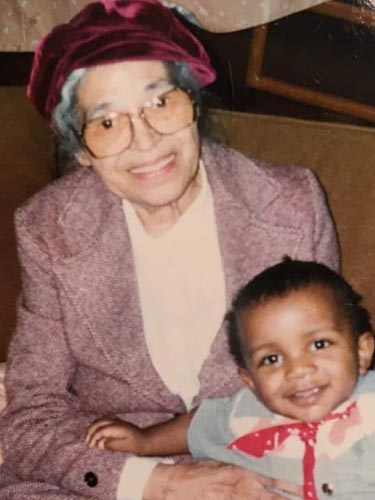 Angela Sadler Williamson, Ph.D., is an independent filmmaker, speaker, educator, and author. A former producer and copywriter for the Orange County NewsChannel, Fox 11 Television, Fox Sports West, and Prime Ticket, Dr. Williamson has over twenty-five years of experience in communications, marketing, and public relations. Dr. Williamson has a doctorate in Human Services from Capella University in Minnesota. In December 2018, she released her award-winning documentary about her cousin, Rosa Parks, “My Life with Rosie”, on Amazon Prime. Her best-selling children’s book, “My Life with Rosie: A Bond Between Cousins” was released on June 18, 2020 on Amazon. She also wrote the forward for “Women Who Illuminate”, which is also an International best-seller on Amazon. Dr. Williamson is the host of the KLCS PBS show “Everybody with Angela Williamson,” which emphasizes diversity within education, the arts, and people.