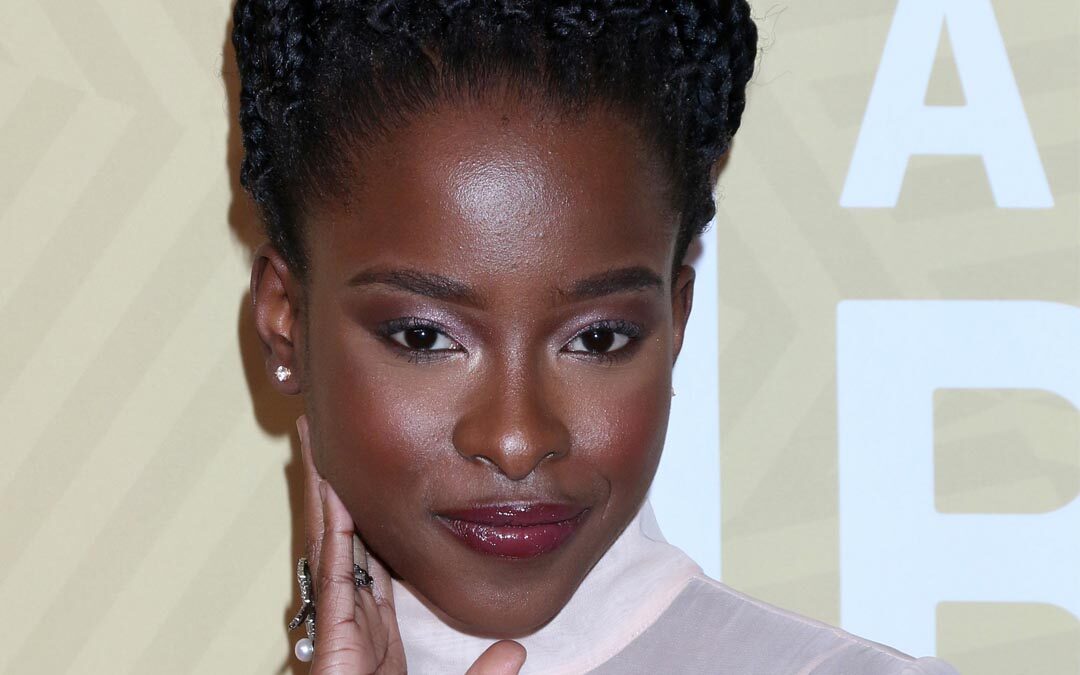 Amanda Gorman In this Place and other Poems

January 20th, 2021 was a historical day for many reasons. The United States welcomed in its 46th president, Joseph R. Biden, and after a trying and divisive four years and an especially difficult 2020, we as a country saw democracy prevail. While this year’s presidential inauguration was missing the throngs of supporters which has always accompanied this moment, President Biden and his new team managed to turn this day into one of the most meaningful and heartfelt inaugurations in recent times.  President Biden spoke from the heart, with grace, poise, courage and a powerful message of unity.  Many notables participated in welcoming the new president, including Garth Brooks, Tom Hanks, Lady Gaga, and Biden’s close friend, former President Barrack Obama. But one guest stood out in my mind and captured the hearts of so many, especially young girls:  Amanda Gorman, author of In This Place, a lyrical Poem composed for Inauguration Day.

Amanda Gorman is a young American poet and a change-maker in her own right, and she has an incredible story of how she became an honored guest at this historical inauguration. Amanda is the United States’ current Poet Laureate at the young age of 22.  A Poet Laureate, officially known as the Poet Laureate Consultant in Poetry to the Library of Congress, is the official poet of the country who spends their time seeking to bring recognition and appreciation of poetry to the American citizens.   In 2015, Amanda published her first poetry book, The One for Whom Food Is Not Enough, and in 2017 she became America’s first National Youth Poet Laureate. She has also written two children’s books. And on January 20th, she became the youngest poet to read at a presidential inauguration, where she recited her poem The Hill We Climb. 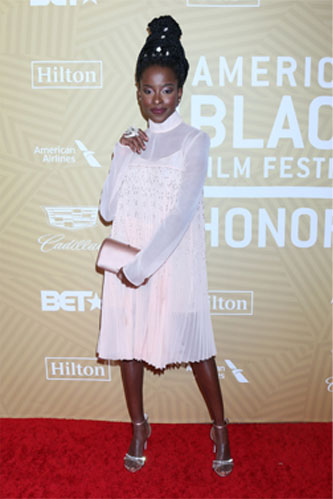 Amanda comes from humble beginnings, having been raised with her two siblings by a single mother, a teacher, in Los Angeles, California. She didn’t always fit in growing up either, as, like our new President Biden,  she had a speech impediment and spent most of her childhood reading and writing. But Amanda had big aspirations and attended Harvard University, where she majored in Sociology. She even stated that she wants to run for president in 2036 when she will be of age. She is truly an inspiration for children everywhere, especially those who may be less fortunate, and it shows that if you set your mind to something, then anything is possible! Amanda’s work now focuses on subjects she is passionate about and have affected her in her lifetime. These include oppression, feminism, race, marginalization, discrimination, and African heritage. She, along with her twin sister Gabrielle, are also activists who fight to bring attention to these matters.

Amanda’s passion and spirit over such matters were apparent in her inspiring and moving poem The Hill We Climb, which she read like theater.

On the steps outside the capitol building, Amanda began:

“Mr. President, Dr. Biden, Madam Vice President, Mr. Emhoff, Americans and the world, when day comes we ask ourselves where can we find light in this never-ending shade? The loss we carry asea we must wade. We’ve braved the belly of the beast. We’ve learned that quiet isn’t always peace. In the norms and notions of what just is isn’t always justice. And yet, the dawn is ours before we knew it. Somehow we do it. Somehow we’ve weathered and witnessed a nation that isn’t broken, but simply unfinished. We, the successors of a country and a time where a skinny black girl descended from slaves and raised by a single mother can dream of becoming president only to find herself reciting for one.” 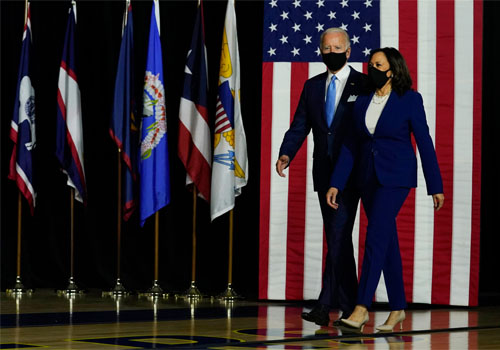 Amanda speaks of her youth, and of her heritage, how her ancestors were once slaves in the United States. She truly captures the American dream, of coming from difficult and humble beginnings, overcoming adversity, to truly reaching greatness. We as Americans go through hard times, knowing it will create a brighter future for the next generations. That is why we must continue to fight to keep democracy in this country, even when it has been tested by lies, anger, and hatred.

The majority of The Hill We Climb was written in the weeks approaching Biden’s inauguration. However, much of the work was written and inspired by the events of January 6th, 2021, when the Capitol was attacked and damaged by domestic terrorists in the name of former President Trump.

On the very steps that rioters had laid siege to, vandalized, and flown banners from just two weeks ago, the inauguration day painted a very different picture. Gone were the banners, smoke, and broken glass, and in their place, the steps were elegantly carpeted, the sun shone, and people sat and stood, composed and elegant as Joe Biden was as he was sworn in as the 46th President. On the same steps where terror had struck all too recently, Amanda looked poised and beautiful in a yellow suit, the color of the sun, shining above her.  And  as she spoke about the dark day in history that had occurred right where she stood and  the events of January 6th, she recited:

“We’ve seen a forest that would shatter our nation rather than share it. Would destroy our country if it meant delaying democracy. This effort very nearly succeeded.”

It is a very different but welcomed scene after the tumultuous months that followed the election and Trump’s subsequent conspiracy theories and rants. On this inauguration day, we feel hope and a great sigh of relief. There was no one better to help bring in this new day than Amanda Gorman, who truly represents the American spirit.  She is hopeful for the future while still understanding there is much work to do to sew the Country’s tapestry back together. 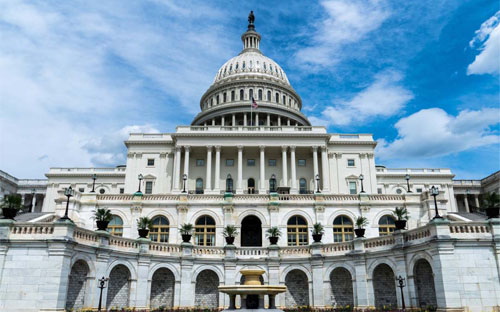 The US Capitol Building, where all presidential inaugurations are held. It was also the place of the January 6th attacks.

Amanda ended her poem with:

This sentiment is an important one to keep in mind as we usher in a new era. The trials of the past four years are behind us, but there is still division in this country and many roadblocks ahead. However, today we look to the future with hope and relief. President Biden said in his inauguration speech, “democracy has prevailed,” and these words rang true as Amanda herself stated, “…while democracy can be periodically delayed, it can never be permanently defeated.”